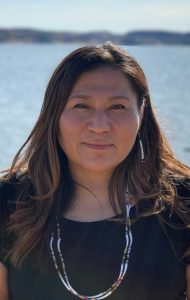 Lisa DeVille.  (“Mah-eah-zah-Ah-gaw-gish” (Hidatsa) – “Accomplishes Everything”)  is a citizen of the Mandan, Hidatsa, and Arikara Nations.  Lisa and her family are lifelong residents of Mandaree on the Fort Berthold Reservation in western North Dakota.  Living in the heart of North Dakota’s oil fields, Lisa is a witness to the environmental, health, and social impacts of the oil and gas extraction.

Lisa is a co-founder and creator of grassroots group the Fort Berthold Protectors of Water and Earth Rights (POWER). And serves on several boards within the Western Organization of Resource Council’s (WORC) network including Dakota Resource Council, and the WORC board.

Over the years, Lisa has testified on her experience of living with oil and gas, the many issues such as environmental protections (policy and regulations) and health, social issues, taxes, education, and protecting women and children that have cropped up with the oil boom. 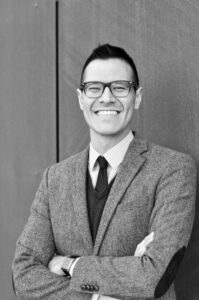 Zachary Packineau (He/Him/His) is a citizen of the Mandan, Hidatsa, and Arikara Nation and a descendant of the Santa Clara Pueblo. His work encompasses public service, community organizing, and community health education at the confluence of sexual and reproductive health and rights and LGBTQ+ rights, and centers identities and voices on the axes of race, gender, and class. While mastering the art of wearing multiple hats in movement building, he has worked on two incredibly successful campaigns to defeat two restrictive ballot measures in North Dakota, each by a 2-to-1 margin.

Zach is a proud alumnus of the Midwest Academy of Organizing for Social Change, the Social Justice Training Institute, Camp Wellstone, and the inaugural cohort of the North Dakota Change Network. He has had successful stints with the Bismarck Veterans Memorial Public Library, the American Civil Liberties Union, Planned Parenthood Minnesota, North Dakota, South Dakota, Planned Parenthood Federation of America, and the American Indian Public Health Resource Center at North Dakota State University. Zach has previously served on the Board of Directors for PFund Foundation, the upper Midwest’s only LGBTQ+ community foundation, and Pollen Midwest. Zach is also a certified yoga instructor and has held a daily asana practice since 2010. 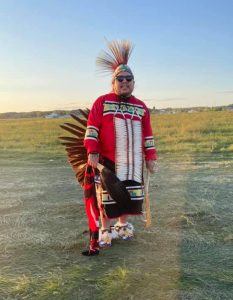 Zachery S King (Anishinabe from Turtle Mountain Band of Chippewa) Belcourt, North Dakota. Zachery earned a Bachelor’s of Science Degree in Business Management, International Business, and Marketing and a Master’s Degree in Tribal Administration and Governance from the University of Minnesota-Duluth. Zachery is a practitioner of traditional ceremony and is a traditional dancer. He serves on the Turtle Mountain Community College Language and Culture Committee, Pow-wow Committee, Turtle Mountain Miikanaake Program mentor, Fifth Generation Healing Center mentor, and is an advocate for MMIW and healing Boarding School traumas. Zachery S is the father of two children, a boy and a girl, Zayne Ishkode and Zoee Giizis. 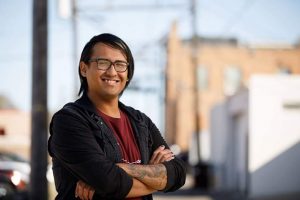 Jonathan Catch The Bear-Leafe is an enrolled member of the Standing Rock Sioux Tribe and comes from the Hunkpapa Lakota band. Jonathan is a member of the Board of Directors for North Dakota Native Vote (NDNV) and has volunteered his time since the organization was founded in 2018.

During his scholastic career at Sitting Bull College, Jonathan has participated in the inaugural NASA Minority University Research & Education Project (MUREP) Innovation Tech Transfer Idea Competition (MITTIC) from which he received an internship at NASA Ames Research Center in Mountain View, CA, within the Program Management Office of the Small Business Innovation Research/ Small Business Technology Transfer (SBIR/STTR) Program for the summer of 2019. Additionally, Jonathan has interned for NASA Langley Research Center in Hampton, VA, as the Minority University Research & Education Project (MUREP) Intern for the Office of STEM (OSTEM) Engagement which he completed virtually due to the Covid-19 pandemic in the summer of 2020.