Nicole Donaghy is a Hunkpapa Lakota from the Standing Rock Sioux Nation, she is also a descendant of the Mandan, Hidatsa, Arikara Nations, and the Turtle Mountain Band of Chippewa.

Nicole is the Executive Director of North Dakota Native Vote and lives in rural Bismarck with her husband John, their three children, and their two dogs.

Devero Yellow Earring is the Field Director at North Dakota Native Vote. Devero is an enrolled member of the Cheyenne River Lakota Nation in South Dakota. 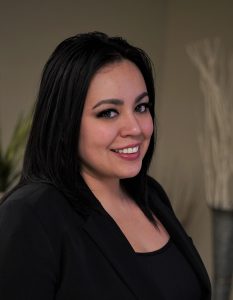 Beheler graduated from Minnesota State University Moorhead with a Bachelor’s Degree in Mass Communications with an Emphasis in Broadcast Journalism. Jessica is also certified in Public Relations through the Public Relations Society of America.

Beheler enjoys spending time with her siblings, writing, trying her luck at the casinos, watching UFC, and cheering on the Lakers. 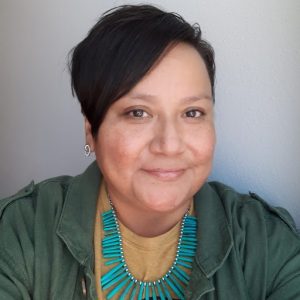 Dawnelle “Nellie” Red Horn is the Office Administrator.  Dawnelle is an enrolled member of the Standing Rock Sioux Tribe and was born and raised in Fort Yates, ND.  She earned her Bachelor’s degree in Business Administration from United Tribes Technical College.  Dawnelle lives with her two children, and two Chihuahuas, in Bismarck, North Dakota. 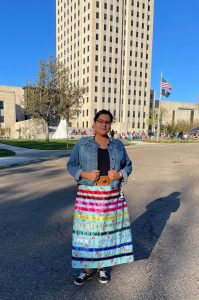 Sharnell Seaboy is completing her Business Internship at North Dakota Native Vote. Sharnell is a citizen of  the Sisseton Wahpeton and Spirit Lake Dakota Tribes. She is currently in her last semester of the Business Administration Bachelor’s Degree program at United Tribes Technical College in Bismarck, ND.

Sharnell is an active student and enjoys being involved in her community on Indigenous issues. She has a passion for helping others and wants to bring  positive change to her community.

“I am grateful for the opportunity to complete my internship with North Dakota Native Vote because I believe in their efforts to empower people to bring change to their communities.”

Contribute to our vision for a better North Dakota.